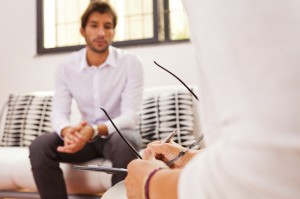 An online gambling or gaming addiction may not pose as immediate a threat as an alcohol or drug addiction, but it is serious enough to warrant addiction treatment. Digital gambling and gaming has been found to be a comparable addiction to casino gambling. It can jeopardize your finances, your relationships, your goals and your health. It can be strong enough to keep a person riveted for hours, even days on end in some instances, and can evoke hostility toward anyone who attempts to interfere with it. Although a digital gaming and gambling addiction does not pose an immediate threat to the addict, it can drastically decrease their quality of life and even shorten their life span.

Digital gaming and gambling addictions are treated at many inpatient rehabilitation centers. If a person is gaming so frequently that their life is beginning to deteriorate, this is the level of treatment they require. Inpatient rehabilitation will keep the addict away from digital gaming and gambling until they can recall how to function in a healthy way without it. If the addict spends too many hours at digital gaming or gambling but is not necessarily jeopardizing some aspect of their life, it could be that a less intensive form of addiction treatment is more appropriate for them, such as outpatient addiction treatment, support groups or self-help material.

An addiction to online gaming, online gambling or video games is not a joke. People have been known to call out of work and miss class when their favorite games are released, damaging their professional reputations. The hours of sitting in front of a screen damage a person’s posture and circulation, and cause obesity and muscle deterioration. Addicts often neglect their family and friends in order to engage in continuous gaming, causing their personal relationships to fall apart. The advice that mental health professionals give is not to treat a minor seeming addiction lightly. Any form of addictive behavior throws a person’s life out of balance and keeps them from living in a healthy way. 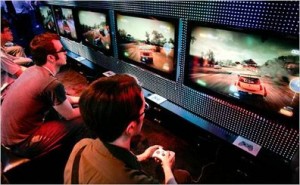 Gaming and technology have both been found to have an addictive appeal to certain people. Put together, in cases such as video games and online gaming, the combination is overwhelmingly addictive. Beginning with the generation that was first introduced to video games, digital gaming has infiltrated our culture at a very deep level. Because the gaming industry is so huge in modern times, video games and online games have reached unprecedented levels of artistry, complexity and popularity. However, labeling digital games as addictive seemed like a stretch until recent studies on the brain under the influence of video games were released.

Dopamine is the substance the brain produces when it is having a pleasurable experience. We all encounter substances, activities and behaviors that create dopamine within the brain, however, some of us produce much more dopamine than others. Those who have to work harder to produce dopamine often earn themselves the title of “addict” because they seek pleasurable experiences in excess. Video games qualify as a pleasurable experience. People who play them regularly describe them as a stress release and a fun hobby. Surprisingly, it has been found that people who overuse video games are achieving the same levels of dopamine as people who overuse alcohol or sex. This constitutes video games as a legitimate addiction.

Legitimate addictions require legitimate treatment. Often times, rather than simply treating a gaming addiction, a rehab center or addiction treatment facility will treat gaming, gambling, internet and technology addictions together because they are very similar in nature. There is still much to learn about digital gaming addiction, and its qualifiers are still changing and morphing. But we do know that online and video gaming can have similar negative effects on a person’s life as a more threatening addiction does, such as drugs and alcohol. The addict focuses on gaming so singularly that the quality of their personal relationships, job or school performance and physical health begins to decline. Video game addiction is not a laughing matter. If you or someone you love is addicted to digital gaming, seek help before the problem increases.